Wind Cave is the fifth largest cave in the world. Its name comes from the wind exiting and entering the cave as it “breaths” according to outside pressure. Wind Cave is known for its “boxwork” formations for it is said to have about 95% of all the box-work of all the caves in the world. You have to take a tour in order to go into the cave – tours cost $9 per person and last for about 80 minutes.

I found Jewel Cave to be more interesting than Wind Cave [so if you only have time/money for one, I’d go with Jewel Cave]. Jewel Cave is also a “breathing” cave, has a lot more formations [including a little bit of box-work], has a more interesting history of how the cave was found, has bigger “rooms” and passageways, and the total mileage is more impressive – Jewel Cave is the second biggest cave in the world [and has miles added to its map each week]. Oh, and it’s cheaper than Wind Cave [by one dollar]: $8 per person. 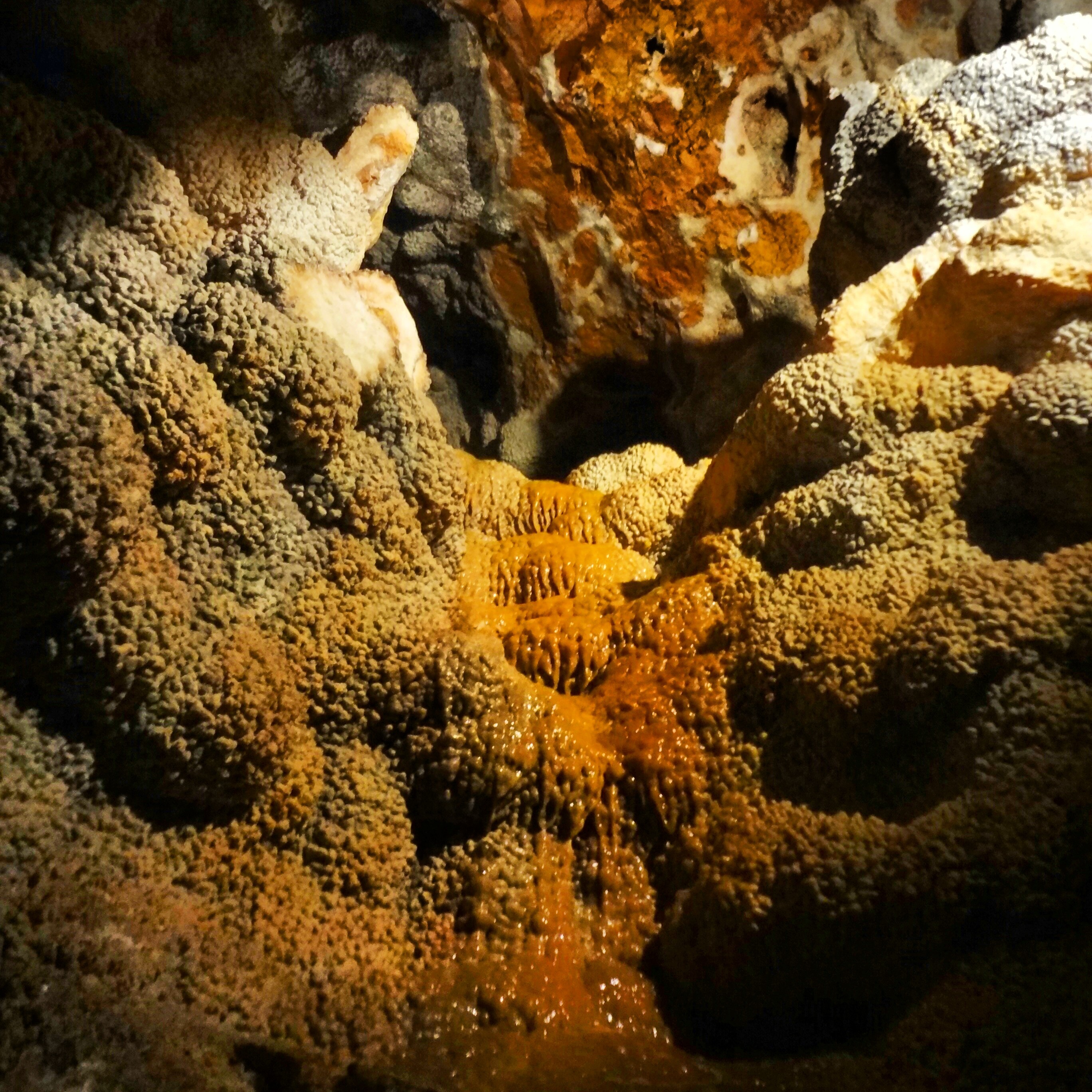 There is a small area between Jewel Cave and Mount Rushmore that claims to be a natural phenomena where people’s height changes [a tall person and a small person are the same height on a level surface], water flows up hill, gravity changes so that people standing on level ground lean forward or backward without even noticing, and other unexplainable situations. CLICK HERE for schedules, rates, and more details.

If you want to see this historic sight, I would do so from the road. There is “no cost” to “get in”, but there is a parking fee of $11. There is no where to park outside the area and walk in because it’s located on a highway… so basically, there is a cost to get in: $11 per car. The view of Mount Rushmore is no more impressive inside than it is from the road. Drive highway 244, and drive right past the entrance to the memorial. After you pass the entrance, look up and have the person in the passenger seat snap some photos. 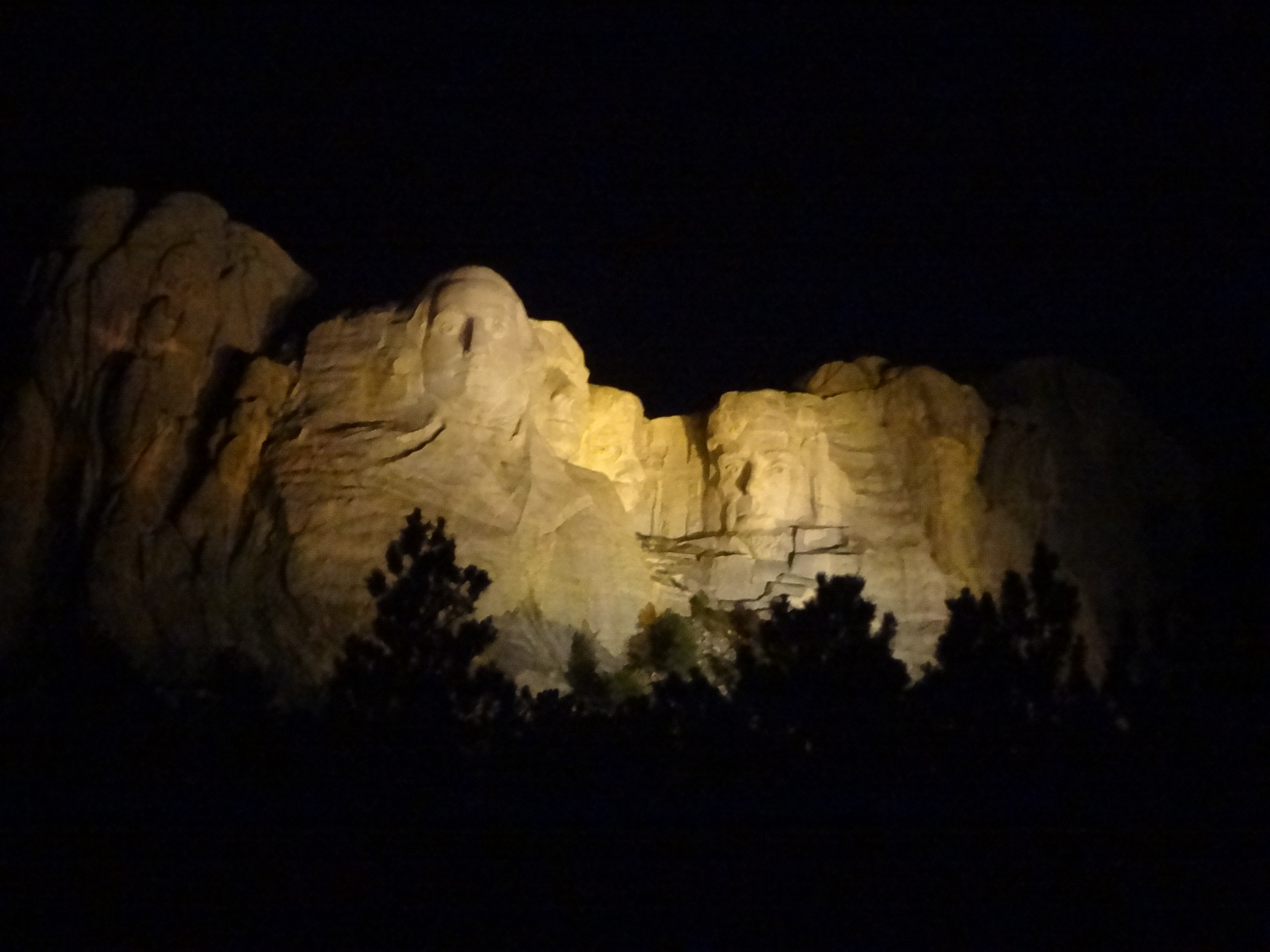 Most people don’t even know about this rock carving, but it’s 1,000 times more impressive than Mount Rushmore. Crazy Horse is a monument dedicated to the Indian Chief and Mount Rushmore is smaller than Crazy Horse’s armpit [no joke]. Crazy Horse has been, and is still being, carved for over 40 years and is still not completed [not even close]; the prediction is it’ll be done in another 60-80 years. It costs $10 per person [no per car] to enter and then a $4 bus ride to the base of the construction site. Again, view this from the road and save yourself $14 per person. However, if you do want to pay the $14, what’s nice is that the money goes towards the construction of the largest monument in the world; it’s a privately funded project so you money is basically a donation towards the cause. 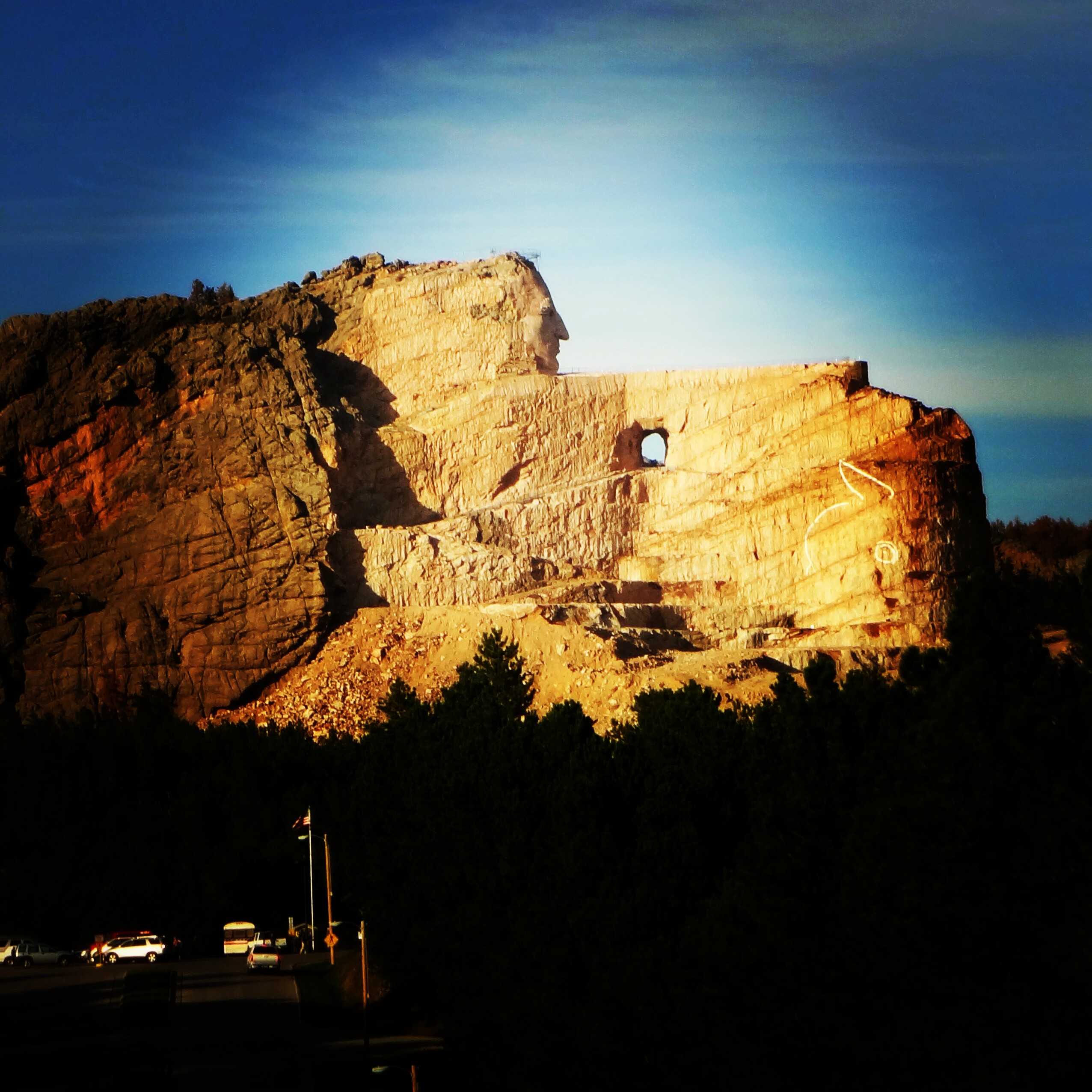 Highway 87 is a really awesome road to drive on. The rocks are thin and stick straight up which is how I bet the highway got its name. The views are great! Also, there are one-lane car tunnels and bridges, places to pull over and walk around the rocks, and roads that come off the mountain that turn so sharply that they actually go under themselves [which I thought was really fun]! 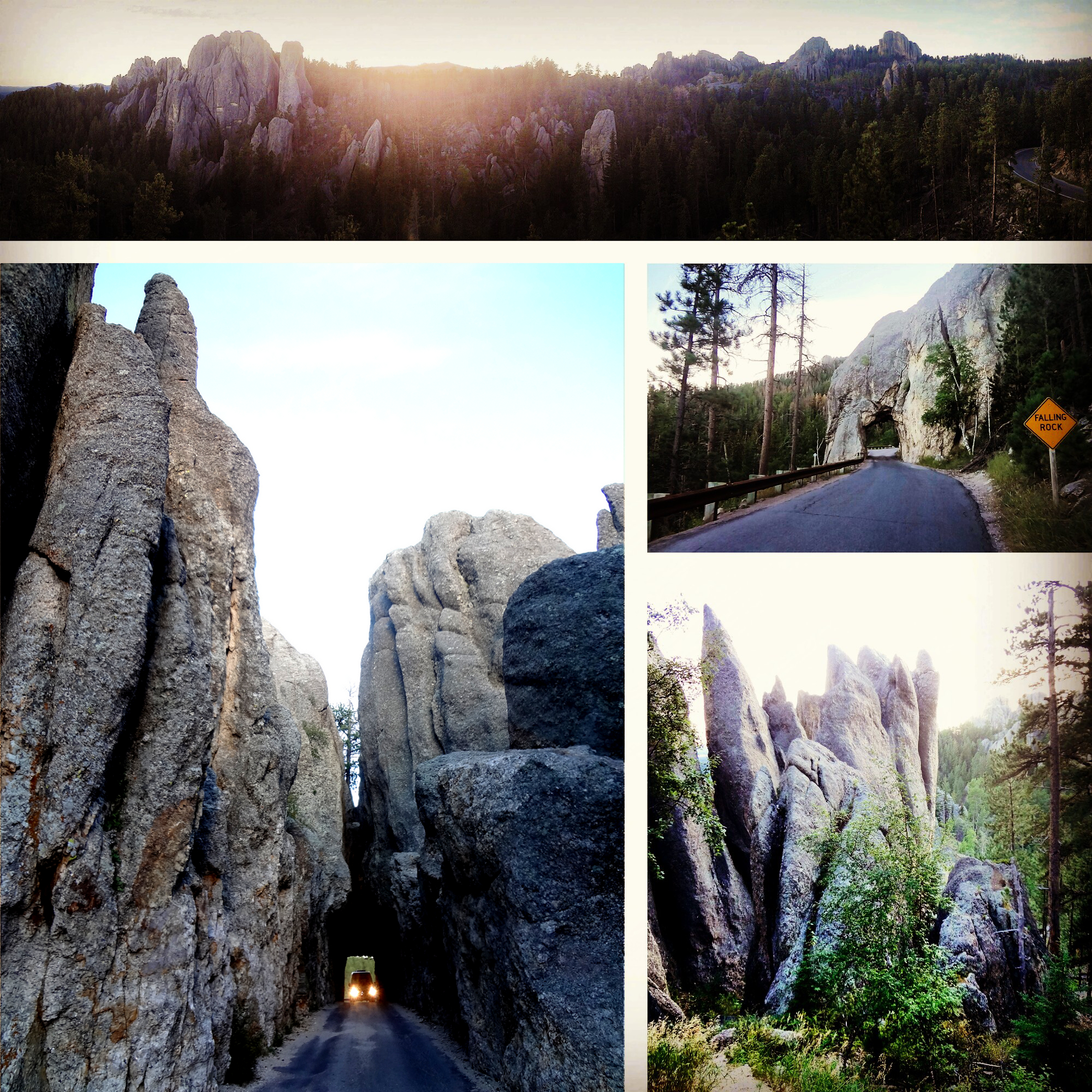 South Dakota has a few abandoned towns.  They’re pretty cool; creepy, but cool.  Some are even for sale.  How cool would that be?!  Forget “come party at my house.”  Imagine: “Come party in my ghost town!  I’ll meet you at the saloon!.”

Make the Trip To…

The Badlands!  A National Park off of highway 90 that’s not very far from here!  A very very fun place for the whole family.  CLICK HERE to read more! 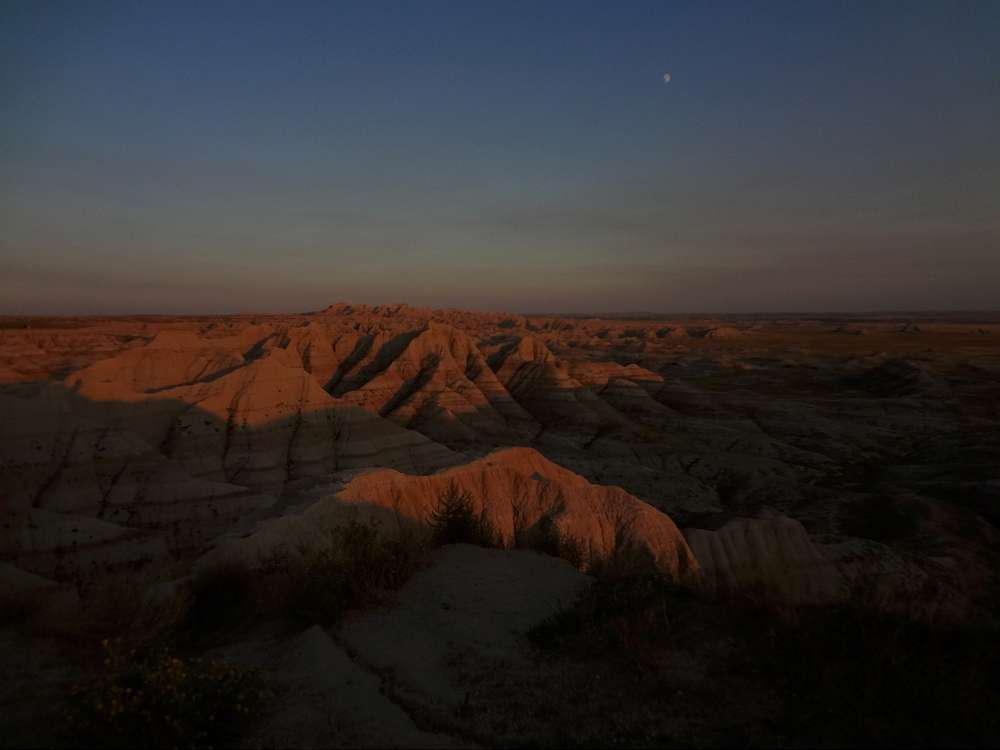 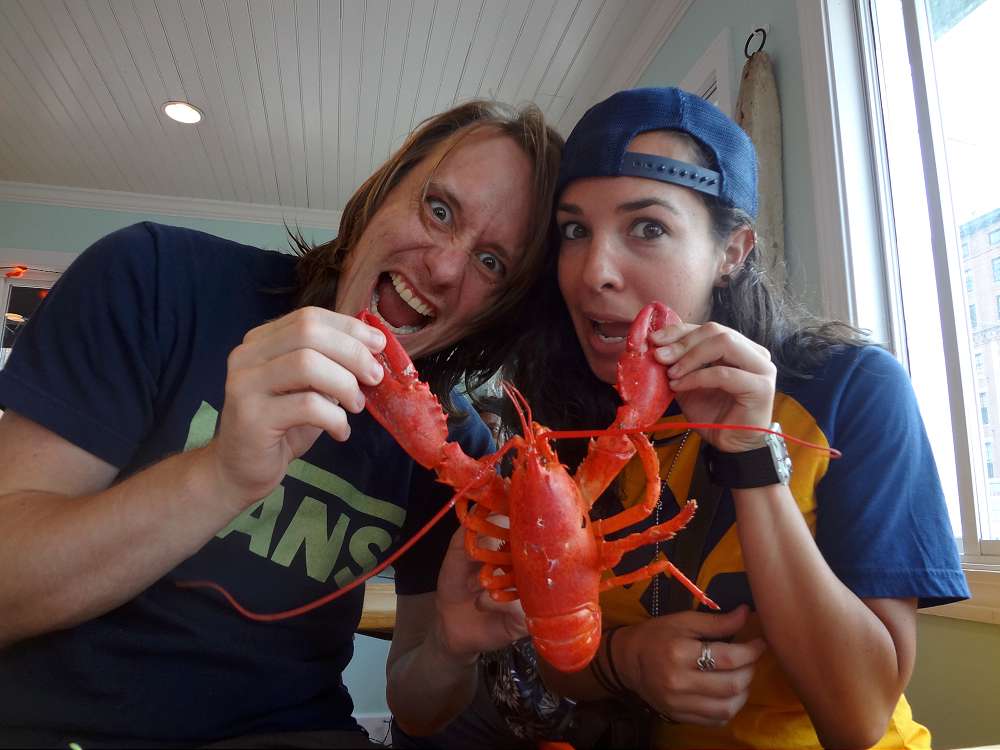