East Hawaii [eastern side of the Big Island] is very wet and lush, has beautiful and uncommon beaches, and is home to people that are very friendly and laidback.

What to Do and See:

Along Kalapana-Pahoa Highway., there is a sign [closer to Pahoa than Kalapana] that reads “Scenic Viewpoint” – park near this sign and follow the trail.  This “trail” is not cleared out, very muddy, not for the average traveler, and can get rather confusing.  If you follow this trail correctly, you’ll come across a small opening in a rock [on the left].  Normally, you would not think twice about this hole, but you should crawl through this opening for this opening leads to a natural sauna!

From the outside, it just looks like any other hill – rocks, grass, trees, etc.  Inside, it’s hollow, hot, and steamy!  This steam is from the hot-spot under the Earth’s surface in which Hawaii is currently being created.  On other parts of the island, lava flows out in the open and into the ocean [making the island bigger and bigger].  But here on this hidden path, as well as many other hidden spots around the island, there are vents that are safe from lava, but has
steam from the hot magma below. 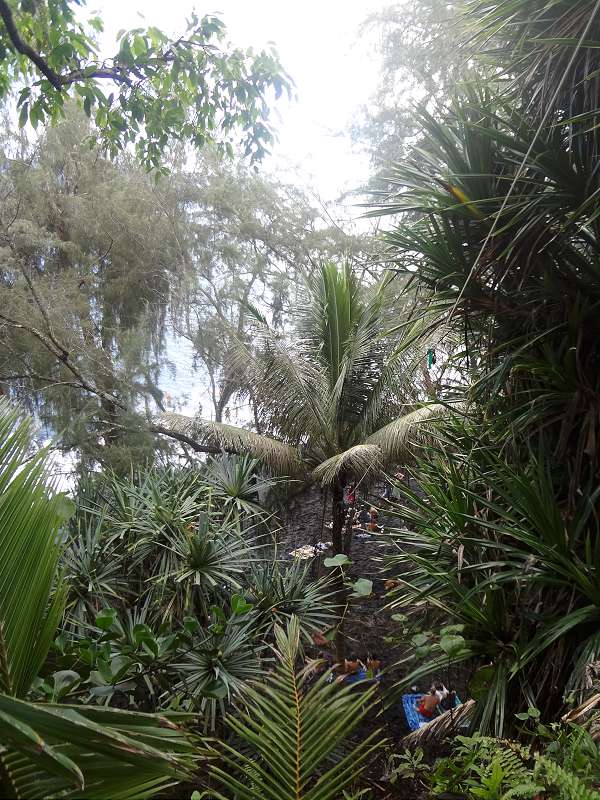 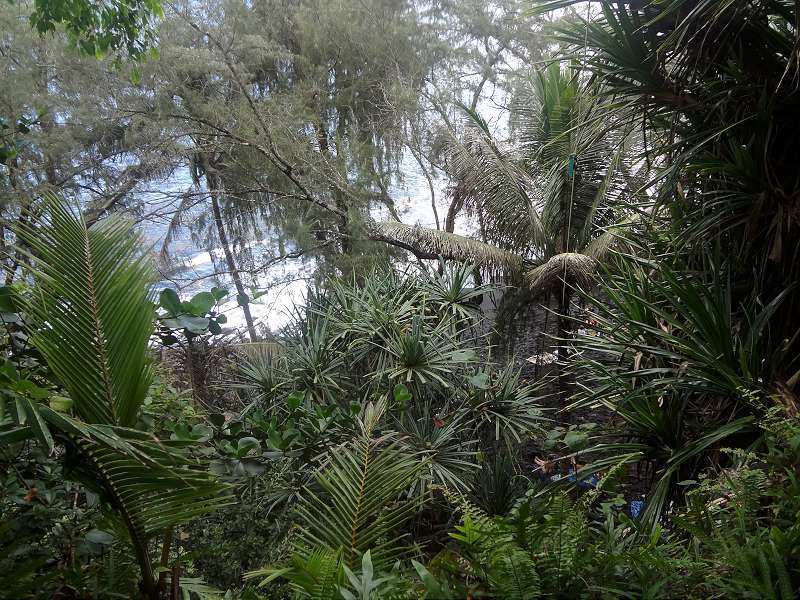 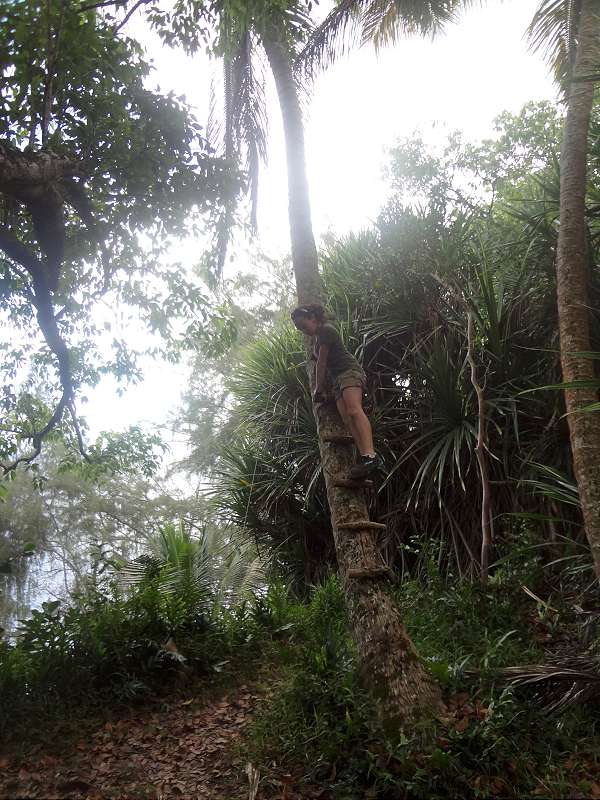 Black Sand Beaches. The beaches on the east are not what you would see on the front of a post card, but are my personal favorite because of the texture and color.  East coast beaches of Hawaii tend to be jet-black of either black round rocks, black lava rocks, or black sand.  I love the black sand beaches – they are very different and so pretty!

Natural Hot Springs… are everywhere around the island, but if you’re trying to do the most in the shortest amount of time, go to the one at Kapoho Point because there are also other things to do that are worth checking out in the same location.

Kapoho Point… has a lot to do so go early and enjoy swimming, rocky beaches, natural hot springs, the hot pond, and the tidal pools. 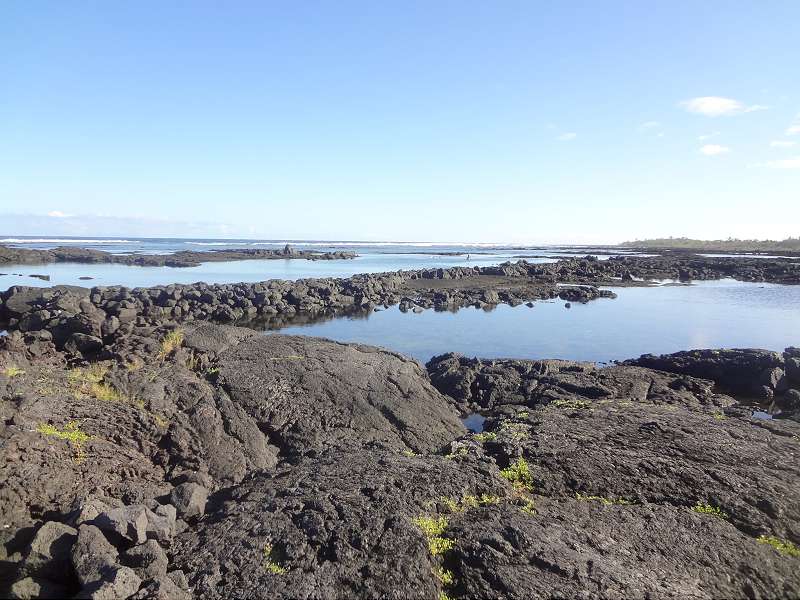 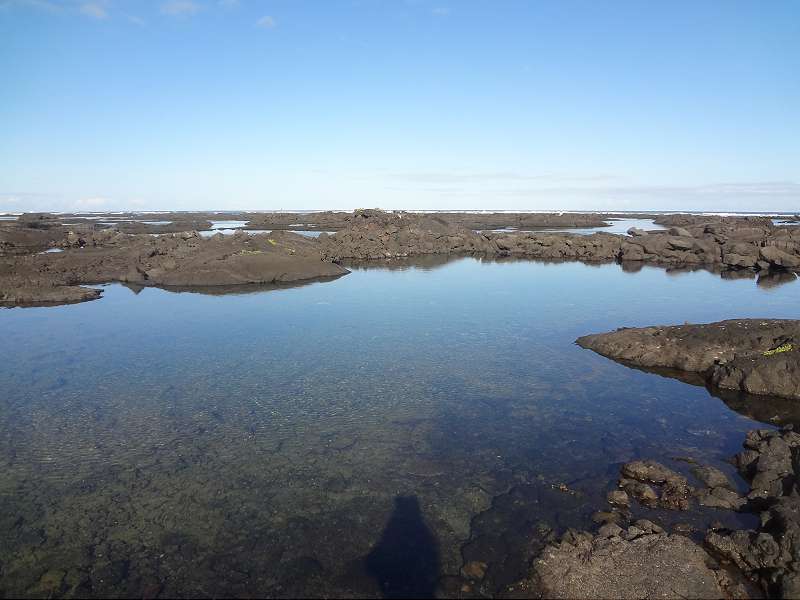 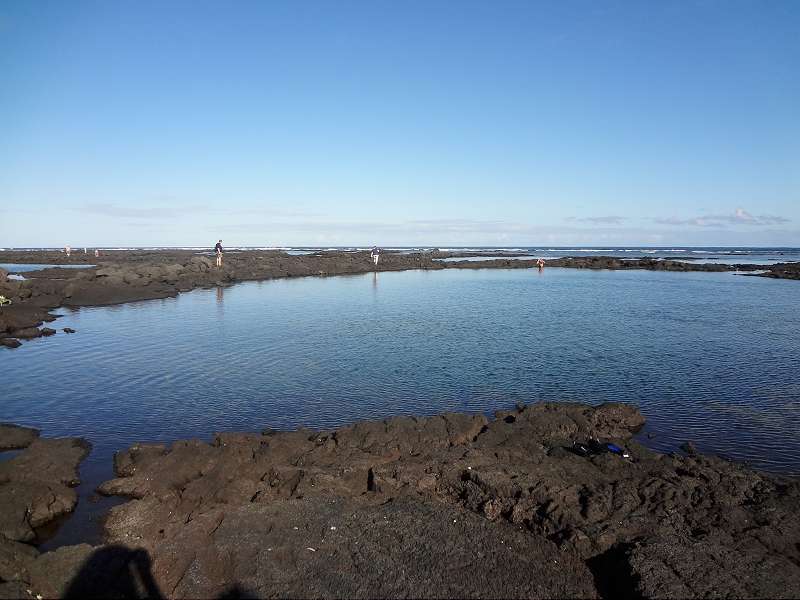 Located at Kapoho Point, the tide-pools are filled with water from both the ocean and the fresh water running off the volcanoes.  These huge natural pools are as long and as deep as huge swimming pools, and are mostly all connected to one another.  Bring your snorkel gear and enjoy swimming with all kinds of bright colored fish as well as about 120 different kinds of coral!

When you swim, you’ll notice a lot more than just fish and coral; you’ll also see the salt water mix with the fresh water as you swim through it… you’ll be snorkeling and see everything very clearly and then, out of no where, the crystal clear water changes to water that looks greasy [like heat coming off of extremely hot surfaces].

What surprised me is that the fresh water is colder than the salt water.  Maybe that was a stupid realization, but growing up on New York beaches where the water is cold, my brain just automatically thought that the pools farther away from the crashing waves [where they could be warmed up from the sun longer] would be warmer… but this was incorrect.  The pools closer inland are actually colder because of the fresh water seeping in through the rocks.

The pools closer to the waves are warmer and have bigger fish.

Another amazing tide-pool is located in WEST HAWAII.  Find out where!

Volcano. On the east side of Hawaii is the Hawaii Volcano National Park.  Here, you’ll find one of the world’s most active volcanoes where you can explore craters, hardened lava lakes, old lava flows, and the museum that explains the chemistry and science of the volcano as well as the legends that the natives still tell today.  Suggestion: go at night!  I say this because right now, you can’t see the lava flow from anywhere in the park – the volcano has been very inactive lately but at night, you’re able to see the reflection of the lava on the clouds above!  The night sky glows of orange from the lava within the volcano that you can’t directly see into.

Tide-Pools. Do you have a favorite tide-pool?  Cold fresh water with smaller fish or warm salt water with bigger fish?  A different pool somewhere else on the island?  Or perhaps a different island/country all together… let us know!

Volcano. I found the Volcano National Park to be a bit boring since the lava flow can’t be seen at the moment.  What is your favorite thing to do in this park? 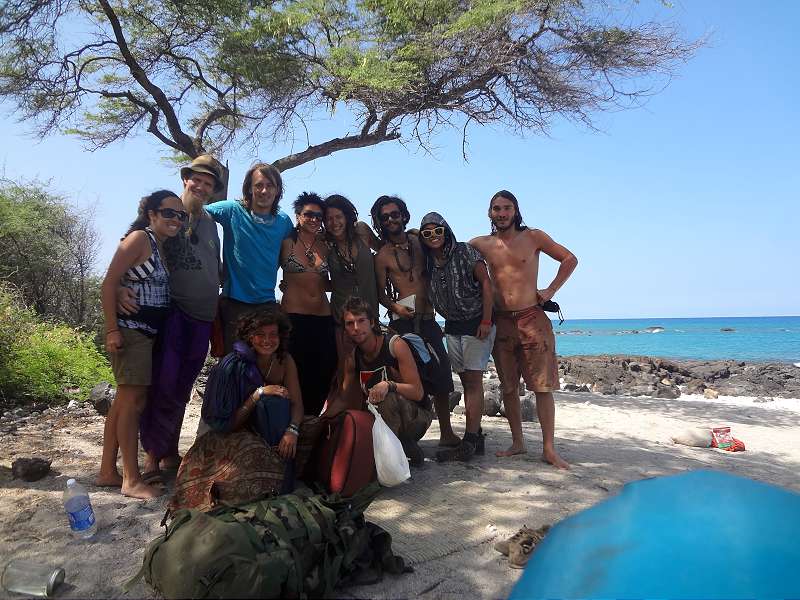 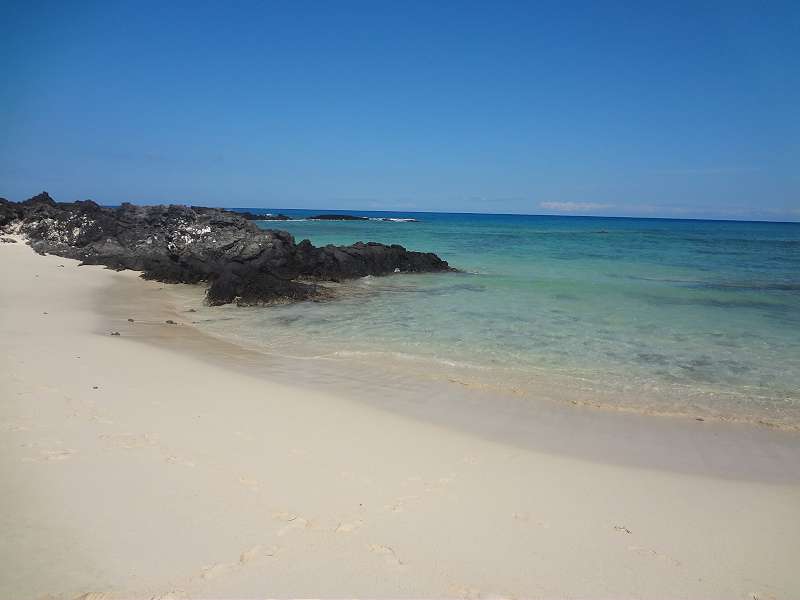 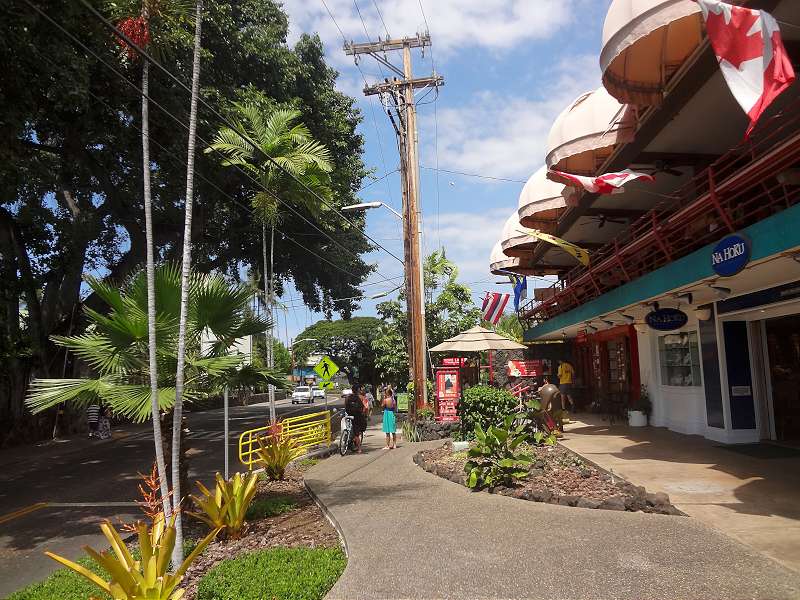