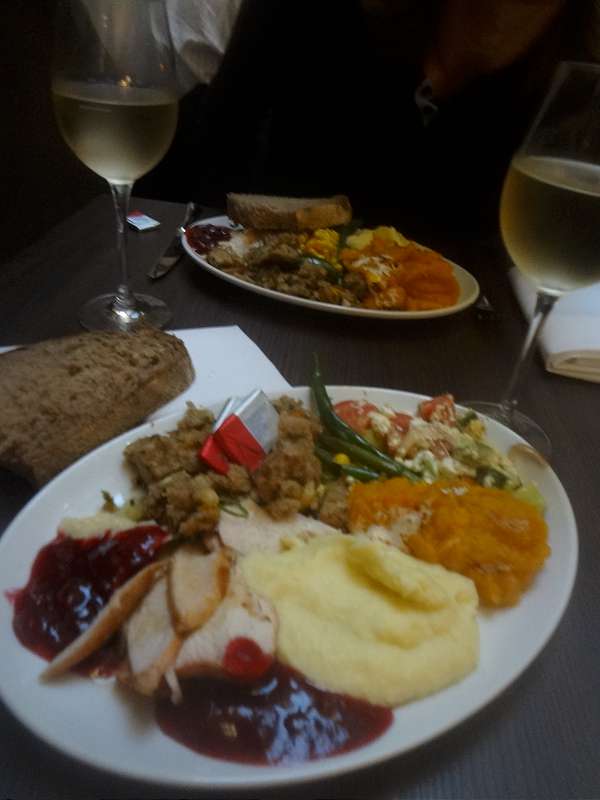 Thanksgiving is an American holiday celebrating what we are thankful for which originated from when the pilgrims gave thanks with the native American Indians.  Nowadays, there is a lot to what makes Thanksgiving so great: the crisp autumn air, the wood burning smell, college football on the TV in the background all day, and, of course, the meal.

Even though there is so much more to Thanksgiving than just eating, you really can’t have a proper Thanksgiving without the amazing feast.  I think it’s safe to say that the majority of Americans will agree that Thanksgiving dinner is the best meal of the year: turkey, stuffing, candied yams, mashed potatoes, brussel sprouts, sweet potatoes, gravy, and [my personal favorite] cranberry

Thanksgiving, to me, wins over any other holiday throughout the year so when I happened to be literally on the other side of the planet for this holiday, I was a bit bummed.  I wasn’t planning on doing much because I didn’t think there was much to do, but then I decided to try to find the American Embassy and ask if they knew of any gathering in Sydney for this holiday; no harm in just asking, right?  It took about an hour or so to find the embassy due to Australians never needing to know where it is, but I eventually found the correct building and floor… “Yes! Finally!”  I walked to the office excited to ask my potentially silly question when I noticed a sign on the door indicating that the embassy was closed in observation of the American holiday.  How is an embassy closed?  Isn’t an embassy the safety soil if one is in need of help from their own country?  Ugh!

OK, new plan: research on the internet.  I quickly found free public WiFi and Plan B was semi-successful in the sense that I found only one restaurant in all of Sydney that was having a Thanksgiving feast.  However, this event was planned months in advance, was for certain members only, cost $95 per person, and was very fancy.  Well it was a couple hours in advance, I was not a member of this club, I try to save money while traveling, and I didn’t pack a ball gown or heels in my backpack… Still, I’m on a mission to find Thanksgiving in Sydney!  I wrote down the address and figured it’s at least worth asking about…

I got to the restaurant and talked to one of the main bartenders who informed me of everything I already knew: it’s was a closed event, was planned and prepared for months in advance, and was very expensive.  He was very sorry, but there was nothing that could be done.  Really?  There’s always something that can be done… so I kept talking…  “OK, one minute,” as he made a phone call and then went to talk to people behind the fancy rope.  He came back and offered this: “It won’t be an all you can eat buffet style feast, but they can throw together one plate of food in the back and that is it.  It also will still cost a lot – not the standard $95, but still $55 or a bit more and we can’t seat you inside with the other guests.”  Well, $55 for one plate is a bit much, but it is Thanksgiving around the globe and I really want my turkey and cranberry sauce!  OK, sure, deal!

A few hours later, back at the restaurant, there was a table set up with a “reserved” sign on it just outside the main room.  After sitting down, the manager comes over and says he knows the deal was “just one plate,” but that he really didn’t care and we are welcome to eat as much as we’d like.  The main bartender that we spoke to before took excellent care of us and every time he came over, he topped our wine glasses to the rim instead of the usual half-glass that everyone else got.  After the main course and too much wine, was dessert and we were personally served one slice of each pie whereas everyone in the main room had to get up and serve themselves.  This was working out better than I had hoped: all I could eat Thanksgiving food, all I could drink wine, and personally delivered dessert from the manager and head bartender.  If this is my one splurge with money while backpacking, it sure was a good choice!

But the night got even better… after all the food, drinks, dessert, an interesting conversation with the wait staff, we wound up being the last ones to leave the restaurant and were ready to settle the bill when the manager said not to worry and that the bill was already settled.  Seriously?!  We just ate the great Thanksgiving food that everyone else paid $95 for and even got a private table away from the craziness including better service!  And we just got this entire night for FREE?!!  Wow!  Not only did I find Thanksgiving in Sydney, but it turned out to be better than I ever imagined and completely free!  Now that is something to be thankful for! 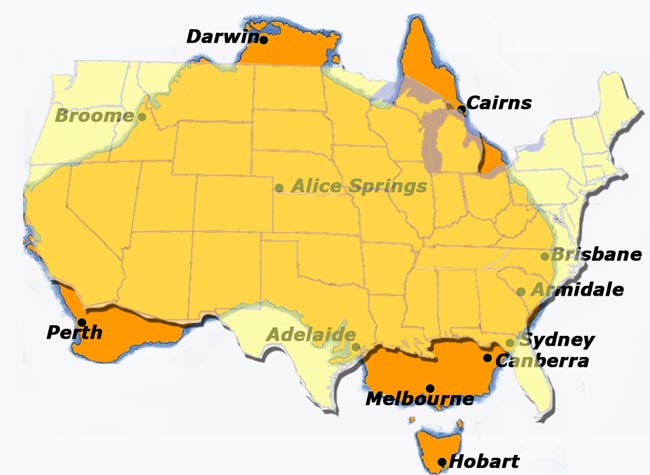 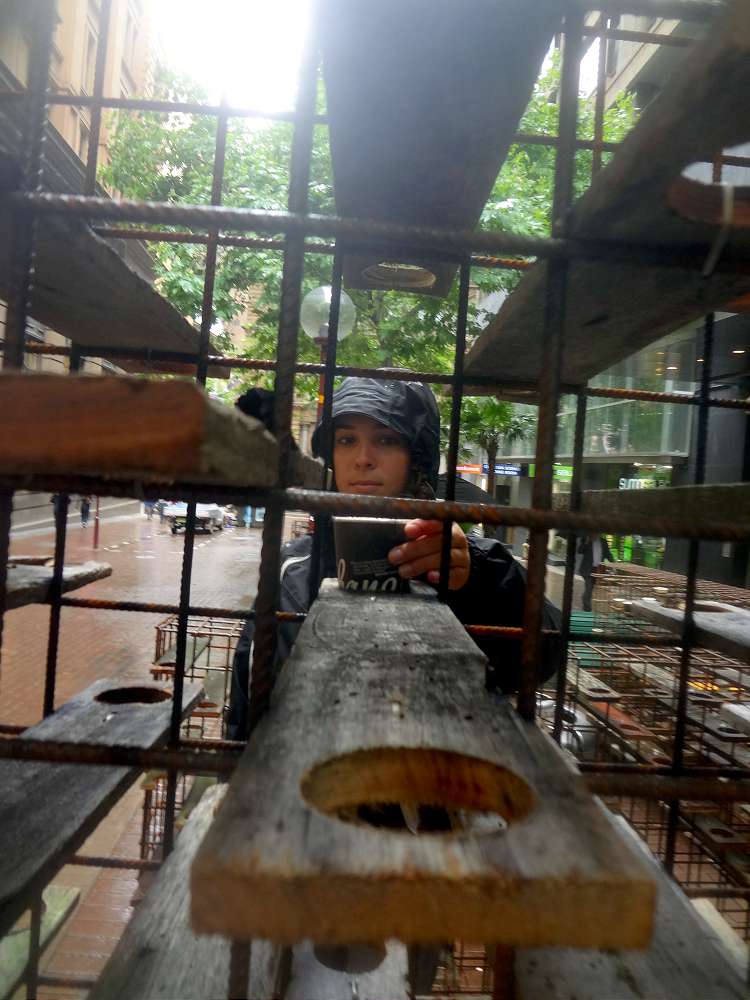 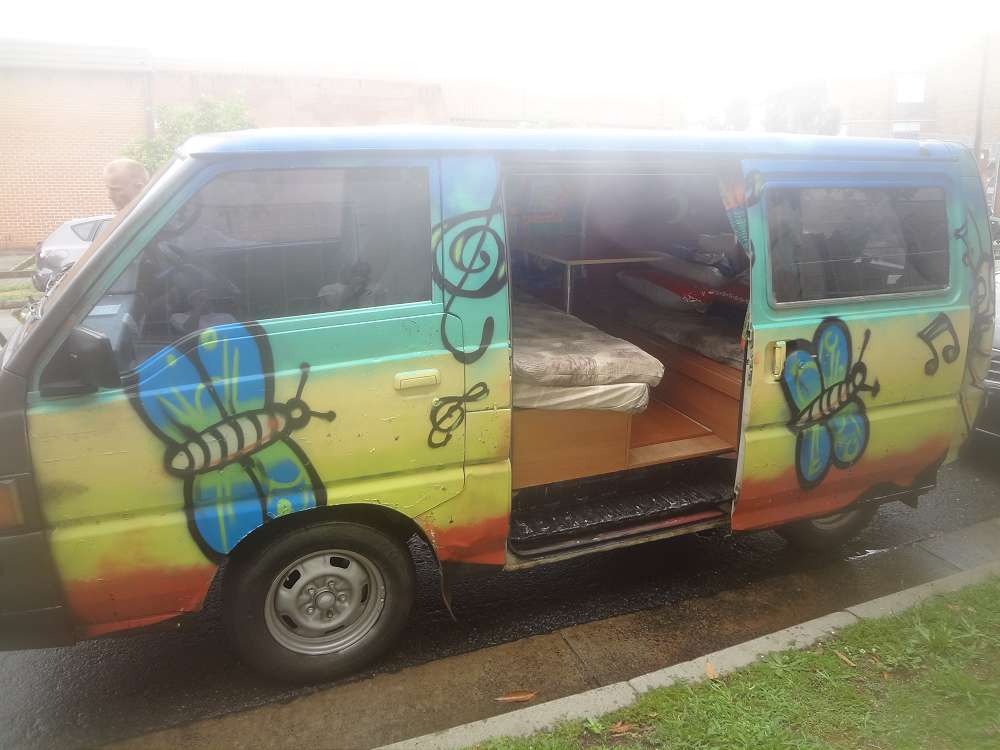 Buying/Selling a Campervan in Australia 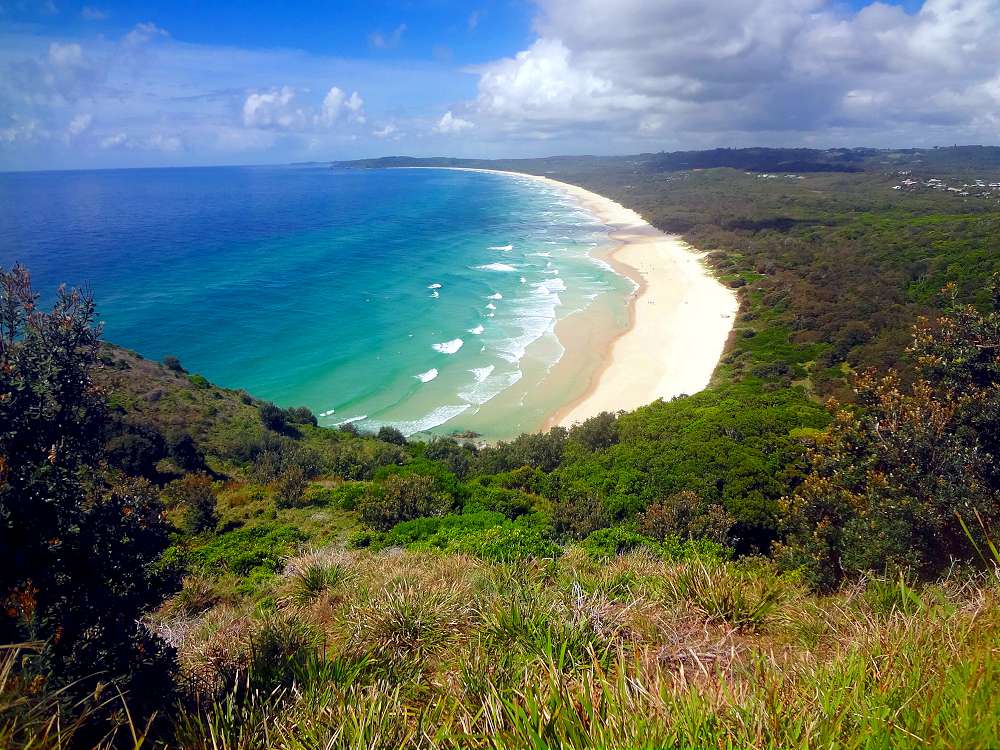